One of the easiest ways to enhance your golfing prowess is to upgrade your current driver. Every successful round of golf begins with a strong tee shot. And to make your shots count you must equip yourself with the right driver. Developing an efficient and reliable swing is imperative, but so is getting a golf driver that guarantees unrivaled performance on your best swing, which equally helps to cover for your shortcomings on mishits.

The latest drivers boast plenty of innovation geared toward straightening draws and slices, getting the most out of strikes, and enabling you to hone your long game. And while there are numerous brands and models of golf drivers, TaylorMade and Cobra are arguably some of the most popular brands.

These two giants have released their newest models into the market; TaylorMade Stealth and Cobra LTDX and as experts in the industry, we want to compare these two devices to help you know both their strengths and weaknesses. So, peruse the article and get to know which one edges the other in our honest and unbiased TaylorMade Stealth vs Cobra LTDx comparison.

The TaylorMade Stealth is a highly versatile and performance-oriented gadget that guarantees distance, forgiveness, stopping power, consistency, and easy launch. Simply put, it includes nearly everything you would want in its compact design.

The Cobra LTDx is equally a top-notch driver that builds on the success of the Radspeed and has numerous improvements in both its design and performance. 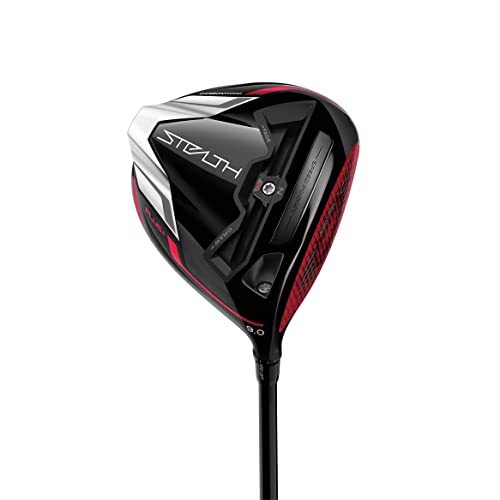 While the TaylorMade is equipped with lots of impressive features, the Toe Wrap is arguably one of its biggest selling points. It eliminates weight from the toe area, putting it in the sole enhanced distance and a higher launch. What’s more, it provides much-needed stability as well as increased flex to the clubface.

Its patented inverted cone technology expands the sweet spot along the blade whereas the thru slot speed pocket allows for ample ball speed for low-on-the-face strikes. The TaylorMade promises a 44% weight reduction by replacing the titanium face with carbon wood. The carbon wood boasts a totally distinct appearance that will turn some off and others on. It’s covered in Nanotexture to help optimize both the launch angle and spin rates off the tree.

The stealth is available in three distinct models including the standard which is highly versatile and suitable for most players, the Plus which boasts a fairly lower spin, and a sliding 10g weight for somewhat consistent strikes, the HD which is an excellent driver that doesn’t compromise forgiveness.

If you are an early adapter, then Stealth should be your ultimate option. It is a high MOI, big distance, lower spin, aerodynamic iron that is worth checking out if you are looking to upgrade and want nothing but the best driver.

The cap back is a cavern, multi-material badge that sits behind the face and enhances the sound as well as the feel of the drivers. It encapsulates an echo-dampening system which is fairly larger than in Sim two and this helps dampen unwanted vibrations from the club on off-center hits.

Of course, there will be pros and cons, so I wanted to outline some that may be of interest to you. 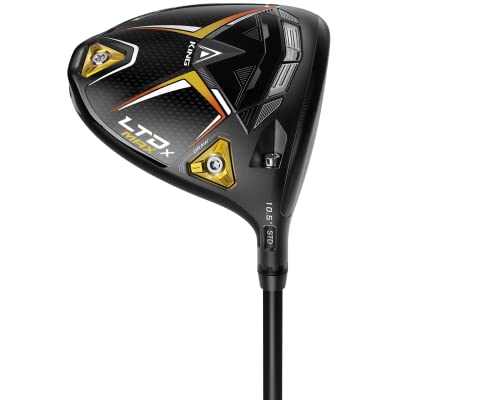 Whereas TaylorMade has been somewhat more revolutionary in their approach, their counterpart COBRA has been conservative, making slight but commendable improvements to the widely accepted RadsPeed.

In terms of design, Cobra has used 30% more carbon fiber in the LTDX even though the face still features titanium. The HOT face boasts fifteen distinct striking zones and each one is uniquely crafted to produce optimal strikes even for off-center strikes.

The Speed Cor results in the world’s zero COG iron by remaining low in front of the globe to boost ball speed. And the mass saved by the carbon fiber is added low in the rear for enhanced club distance and speed.

The LTDX driver has a compact design thanks to its titanium frame that also offers stability. The titanium frame is also fairly long and has lower spinning compared to the Radspeed.

Just like its TaylorMade stealth counterpart, COBRA LTDX is available in three distinct flavors including the regular version, the LS model that is ideal for better strikers looking for enhanced workability, the Max model which guarantees a higher flight and more spin but inspires more confidence and adds forgiveness.

There is no doubt that these two drivers are fantastic devices specially designed to take your golfing prowess to a whole new level. But which one should you go for?

The Cobra LTDX is highly suitable for nearly all levels of golfing but is somewhat more targeted at the mid to high handicap range where most golf enthusiasts reside! The driver is not only excellent in terms of design, but also sounds great and delivers performance-wise as well providing better speeds than its Radspeed counterpart but with lower spin rates.

On the other hand, the standard TaylorMade stealth is equally a fantastic piece of equipment that will certainly boost your golfing prowess. It is a beautiful driver that has a sleek design and also ticks all the right boxes based on sound, distance as well as consistency off the tee. You can never go wrong with either of these tech-oriented golfing devices at your disposal.

link to LIV Golf vs PGA Tour - Who Wins

The PGA Tour has been the default for golf until now. The LIV Golf Invitational Series is coming out and it's starting to rock the boat. But the question is, with this new tour, what will happen with...

Continue Reading
link to The Current Popularity of Golf. Is Golf Going Away?

Golf has been labeled the game of the rich for many years. We can attribute this label to the high cost of golf equipment and memberships to golf clubs. Furthermore, this game requires a specially...